Si Chuan Dou Hua Restaurant at Top of UOB Plaza welcomes Executive Cantonese Chef Hoo Chee Keong with his refined takes on Cantonese Cuisine. Chef Hoo’s reverence for premium fresh seasonal produce is evident as he injects the menu with premium boutique finds of Kanto sea cucumber, black garlic, pacific cod and organice produce. He emphasizes that no MSG used in the restaurant, so the flavours you get are fully and originally derived from the ingredients and the combination of it. This is a good old Cantonese way of cooking.
I am so excited to be back here again to check out his new signatures that are available for ala carte or in a highly approachable 6 course tasting menu at S$88.00++. Moving on are the dishes I tried during the dinner session.
Four Delicacies Combination S$28.00++ per pax 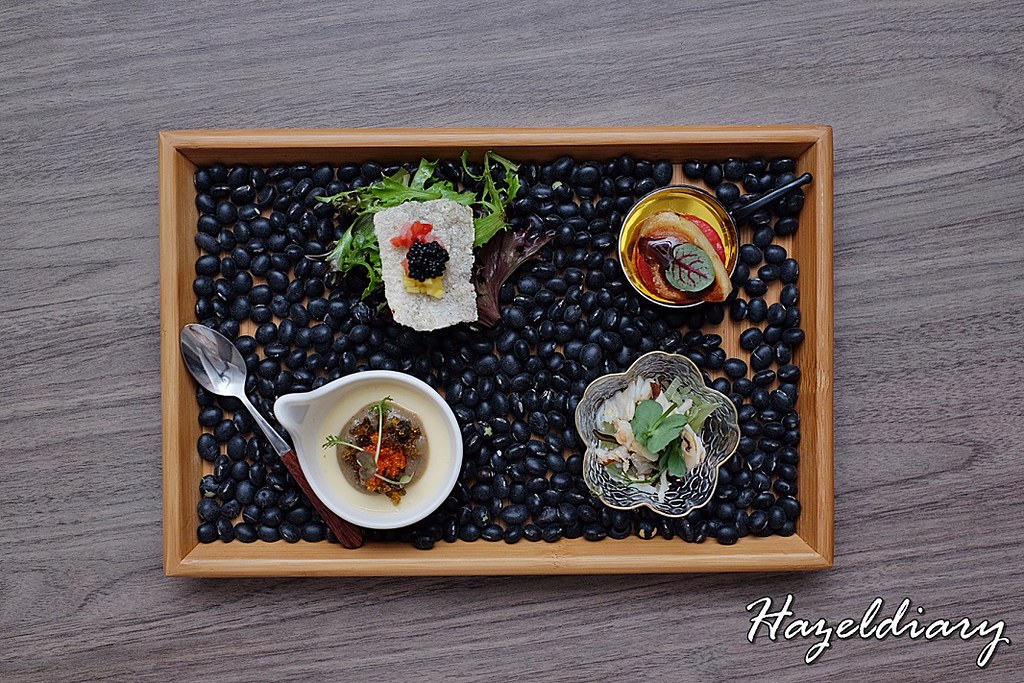 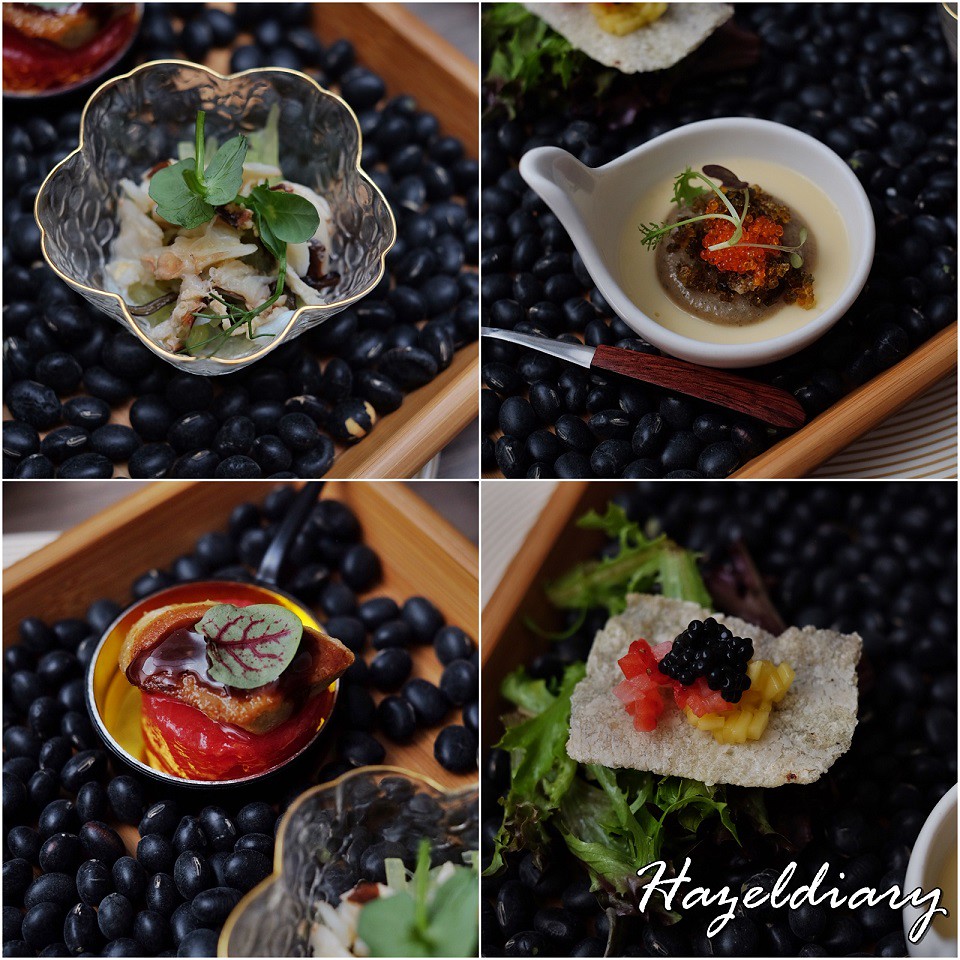 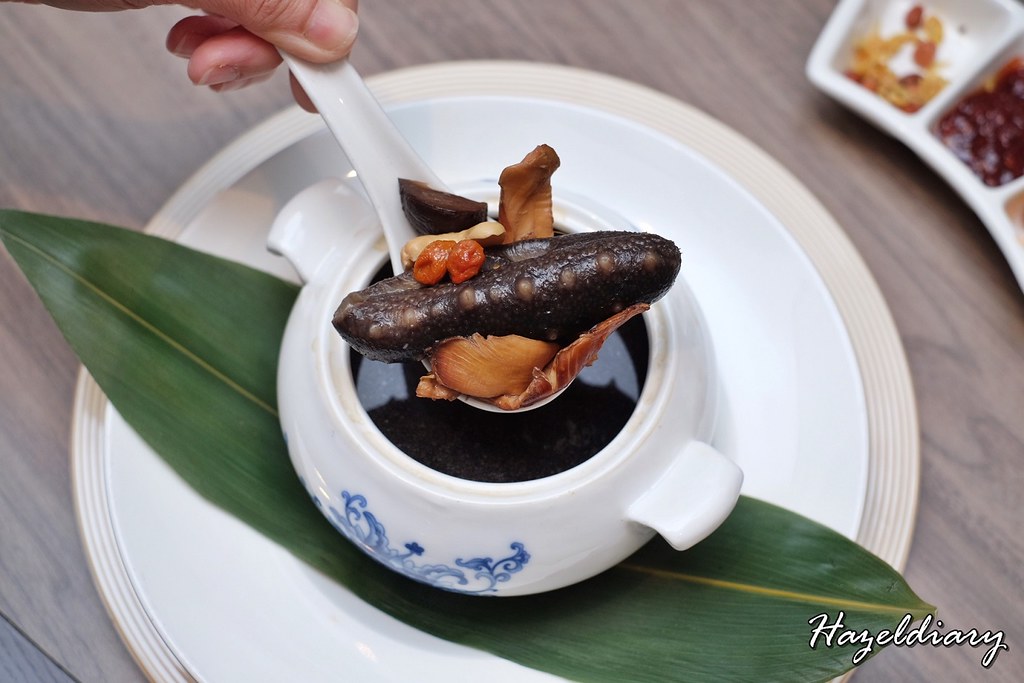 Nourishing clear and light soup specially selected Kanto Sea Cucumber. The treatment of the sea cucumber requires days of soaking in cold and hot water to open the sea cucumber up before cleaning can be done. The chicken steamed and bones removed before double boiling the soup for an hour and a half. For natural sweetness, Japanese black garlic is used, and this ingredient helps to regulate blood sugar levels. Higher antioxidant levels in black garlic may also help to prevent complications related to diabetes. 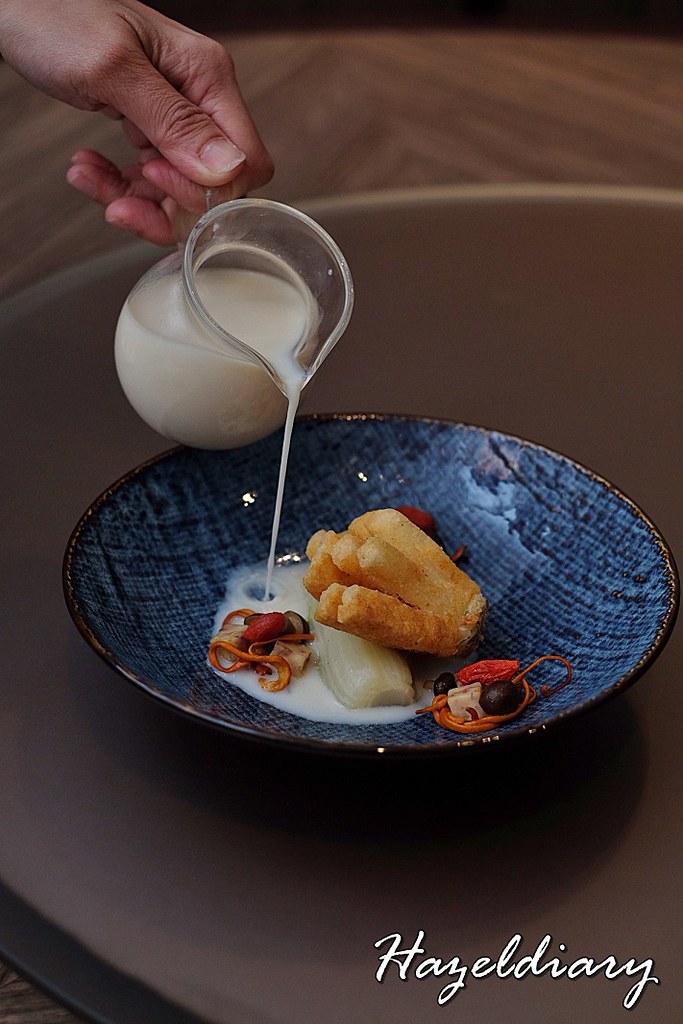 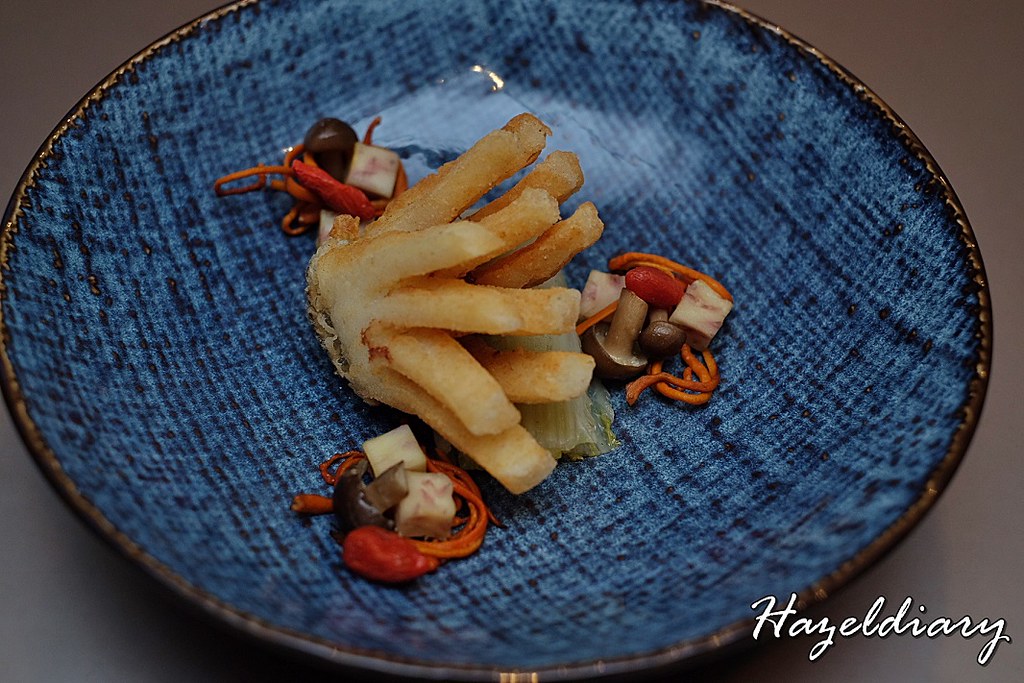 Deep-fried cod is beautifully bloom in golden colour served with soy infused soup stock and plate with cordyceps flower and mushrooms. This is one of my favourite dishes of the night. This dish is a nod to many late-night suppers and Chef’s suppertime is always Teochew fish head steamboat. Thus, this gives him the idea to create this dish with homemade non-GMO soyabean milk for a touch of soubean accent. Healthier choice and harks back to the restaurant’s brand and signature beancurd delights. Splendid idea indeed! 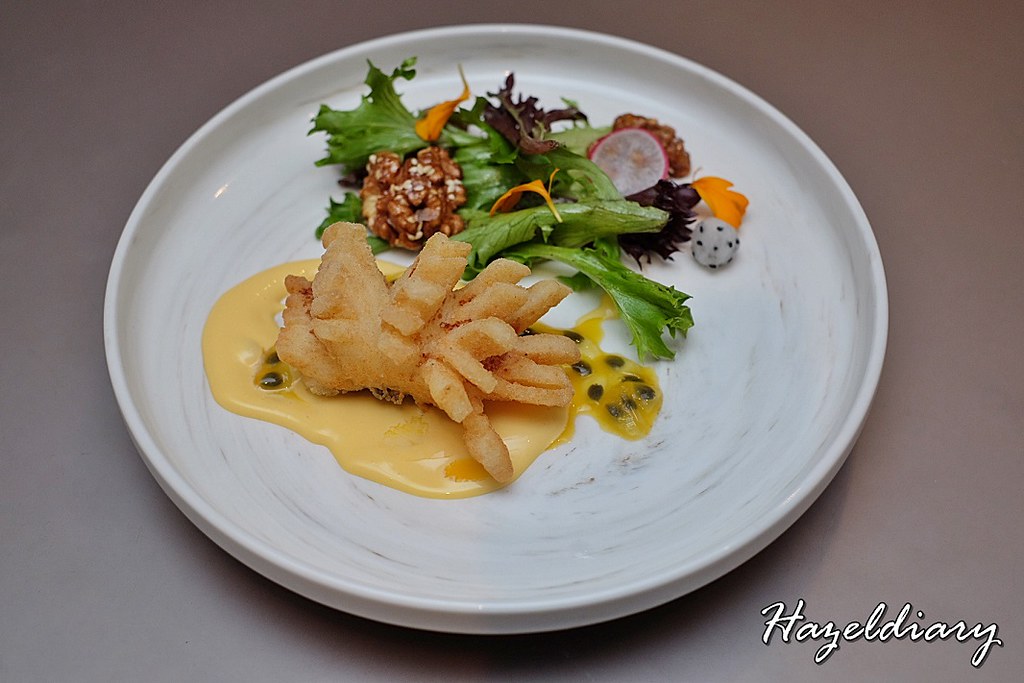 Next, we had the Cod bloom served with passion fruit sauce for a tangy sweet flavour. 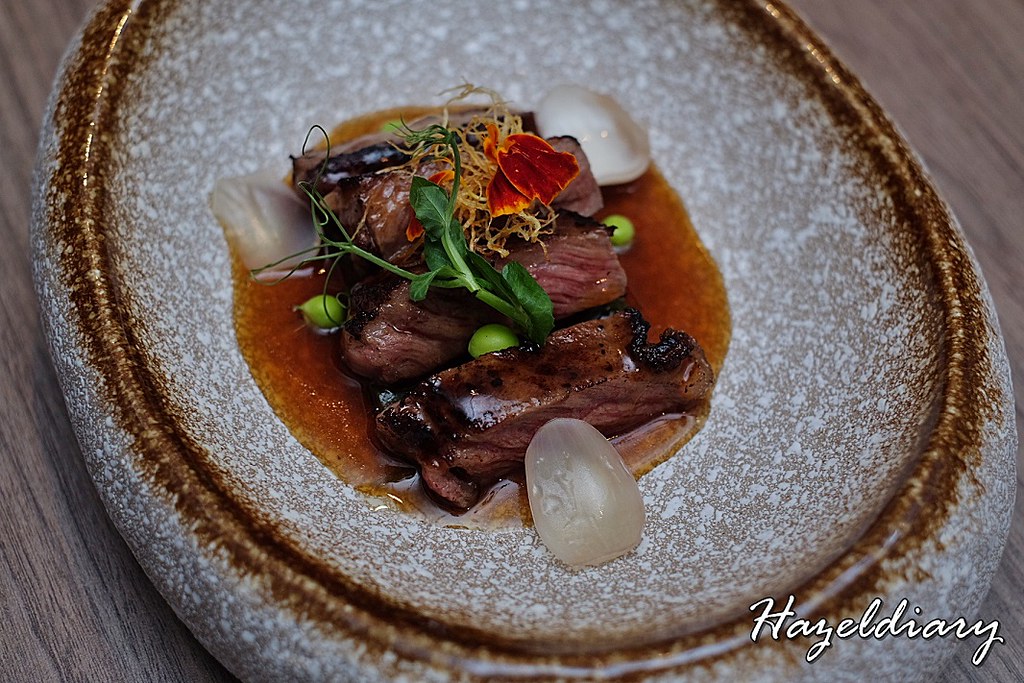 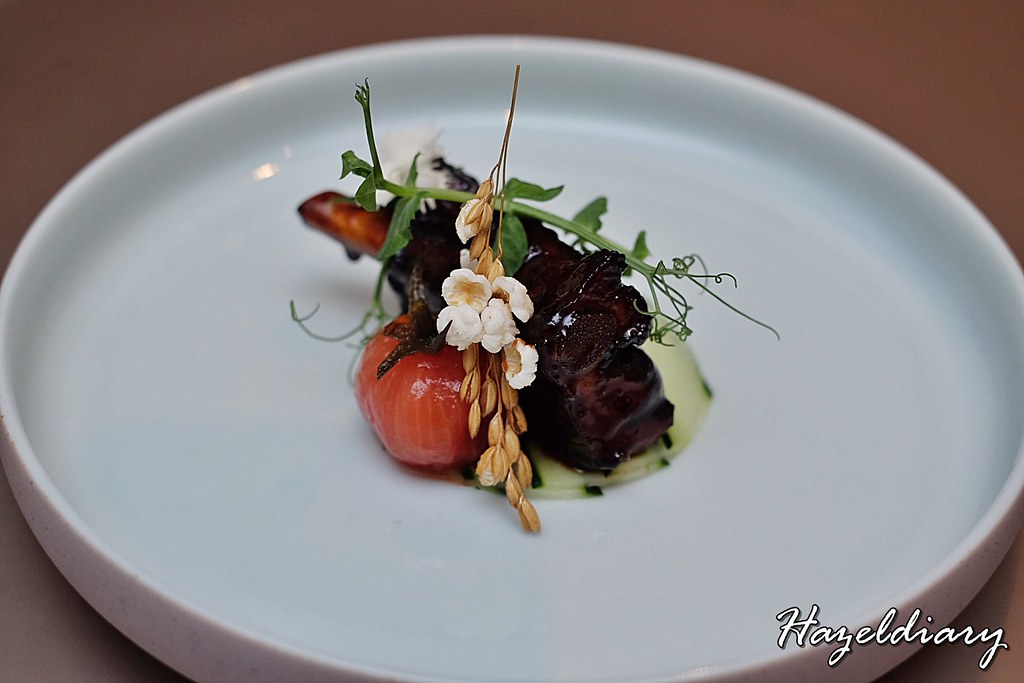 Pork ribs are fried, steamed before seasoning with a blend of sauce and spice, then drenched in oil. The dish made a grand entrance with Chef Hoo’s modern approach to smoking the ribs with apple wood an lychee wood to elevate the flavour. 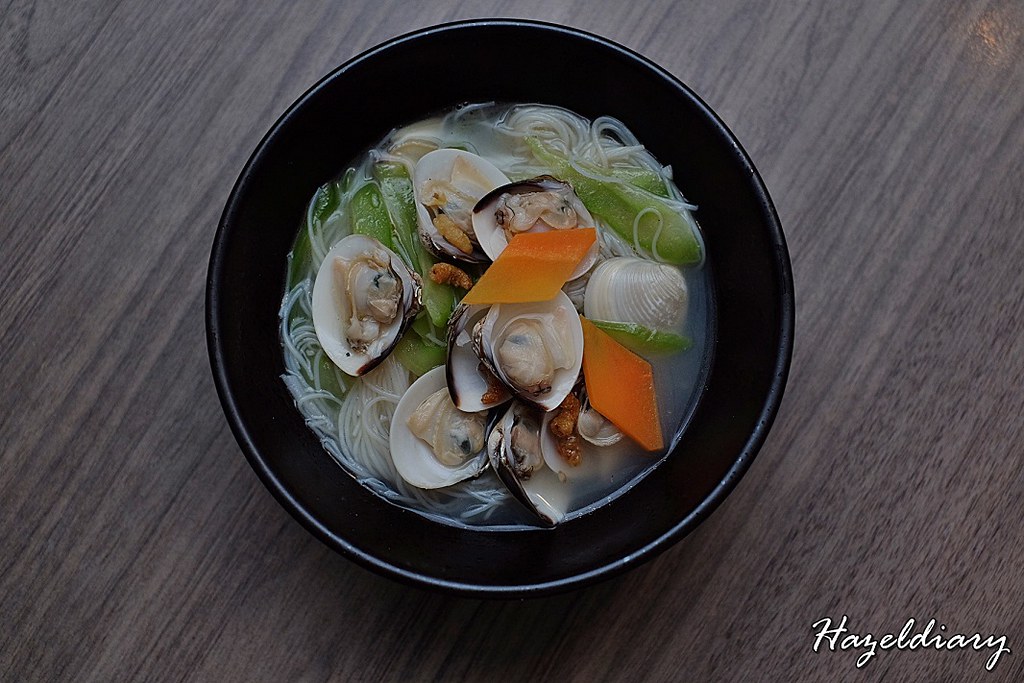 Comforting bowl of braised vermicelli with fresh clam and bittergourd.

Our highlight of the night is this Braised Boston Lobster with Pearl Rice and Crispy Rice Toppings. I literally went ‘Wow” after my first mouth. It is prepared with pearl rice in a full bodied, rich stock made from boiling crustacean shells. Lobster is drenched in oil before adorning the fragrant pearl rice in a mini claypot, while crispy rice toppings added for another dimension of textures. Highly recommended to order this when you are here. The flavours are exploding in your mouth, and you will not regret it. 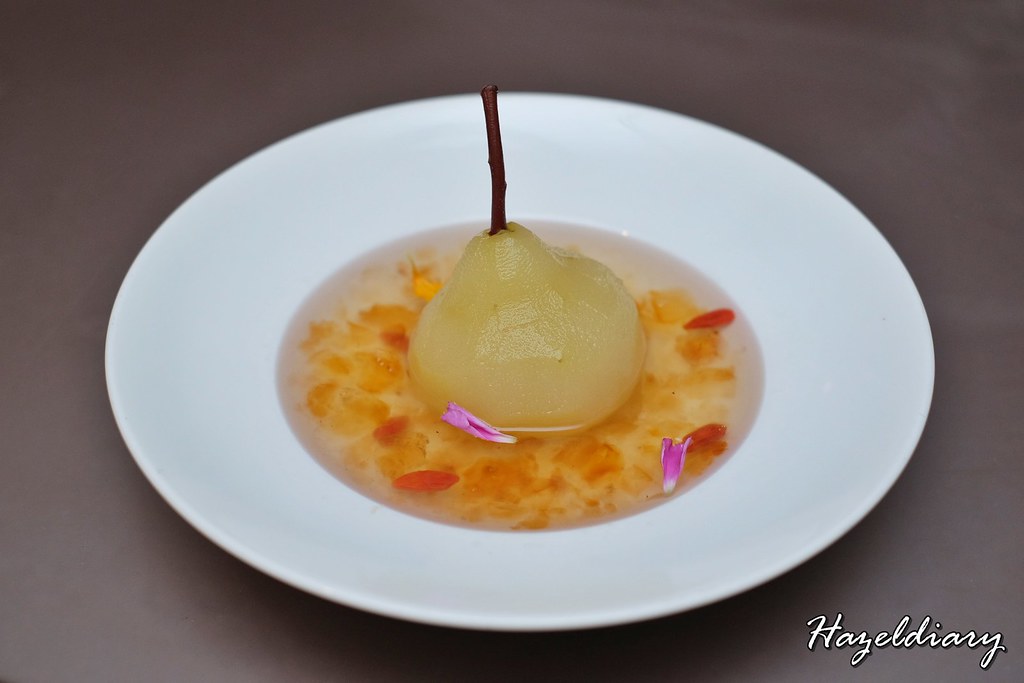 As for dessert, you can go for this refreshing bowl of dessert. Packham pears are cored then steamed in yuzu tea for an hour. Peach resin is also steamed with yuzu tea before plating them and dressing with flowers. 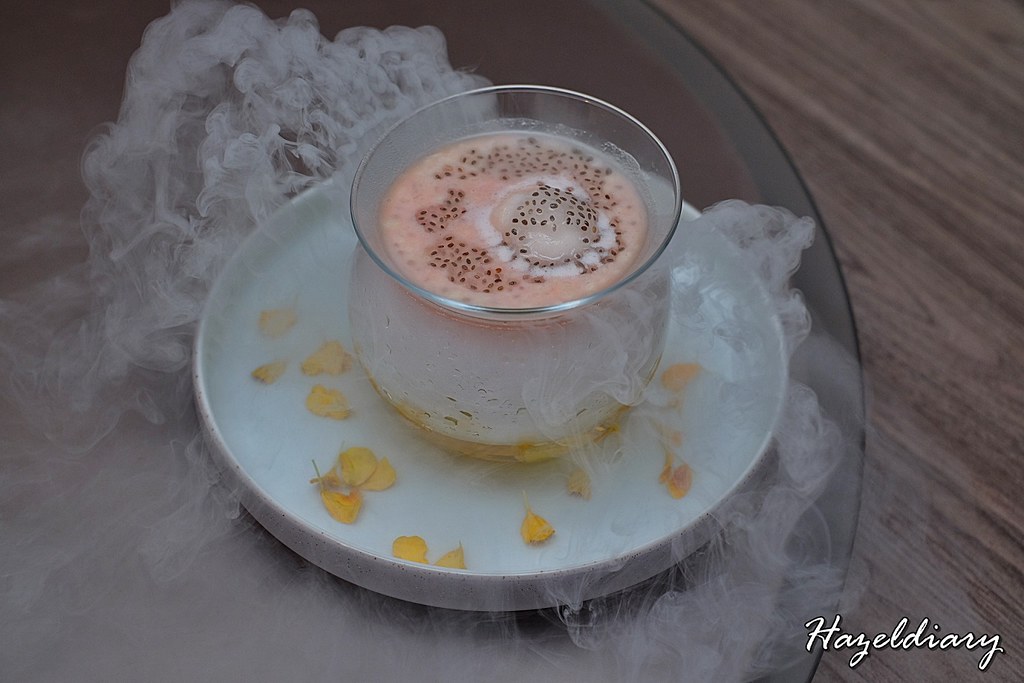 If you think my website content is informative, do support my website by buying me a cup of coffee/ tea or bubble tea or contribute fund to my space.
Your donation is a huge encouragement for me to do better and to continue sharing my love with all of you here.
Thanks!